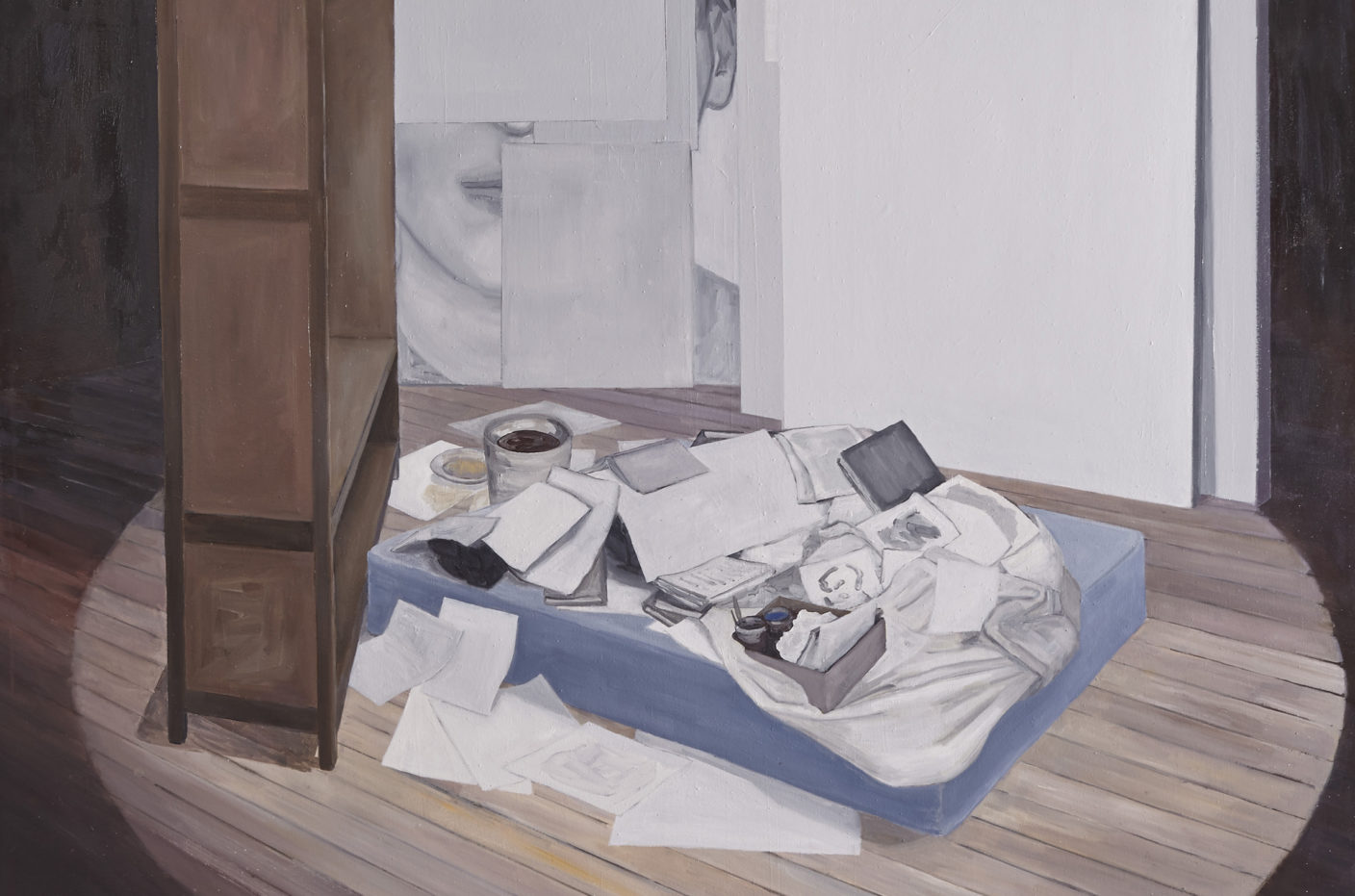 Victor Florido, a young Argentinean artist who already has works in the collections of the Museo Nacional Centro de Arte Reina Sofía, in Madrid, and at CIFO – Cisneros Fontanals Art Foundation, paints sober paintings with a limited palette: grey, brown, dark blue and a little bit of rose, building, from a refined technique and a certain classicism, possible domestic environments.

In his paintings we see rooms, living rooms, libraries, walls with superimposed paintings that intensify, through a careful perspective, the edge of an abyss. Victor Florido paints a picture that in turn contains another picture, but which can also contain drawings, readings and other works that made him start painting. In this recursive structure of serial image possibilities within each work it is clear that the artist uses his own paintings as a theme. A painted cloth covered with a white rectangle obscures what is behind it. The definitive closure of meaning, the erasure, the blank space that suppresses the vision of what was done before, censored by the artist himself. As Cecilia Guerra Lage observes in the text she wrote about Victor: “In the silence of his studio we find him painting. He paints interior scenes. In fact, it could be said that he always paints the same scene, just as some filmmakers film over and over again. If that were the case, then all of Victor’s paintings could be seen as tests of the same work — which never existed or which he may have painted and is already resting against the studio wall.” 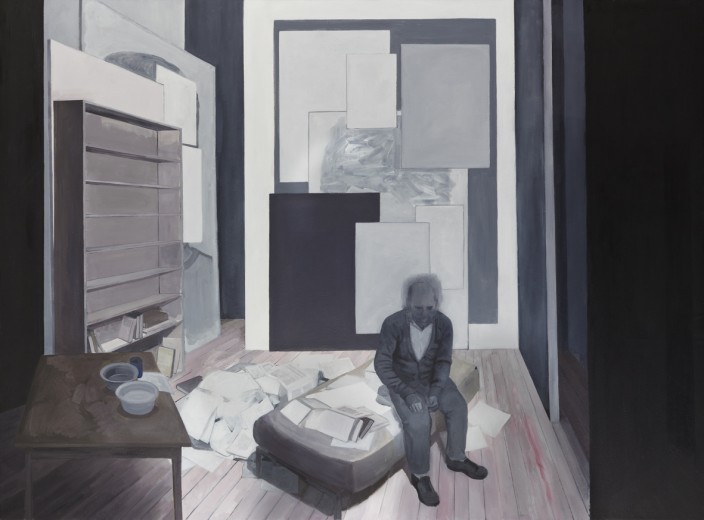 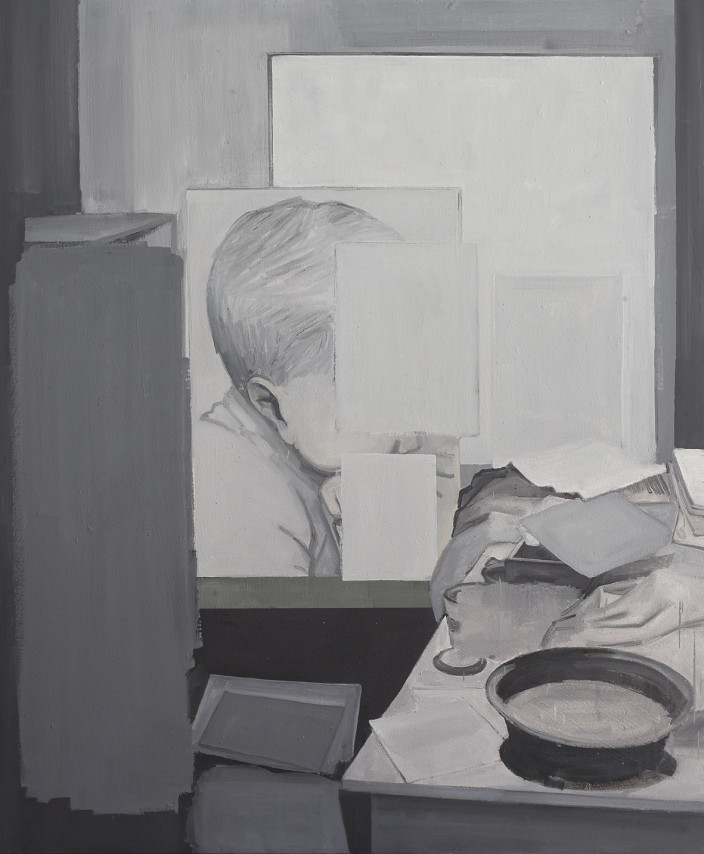