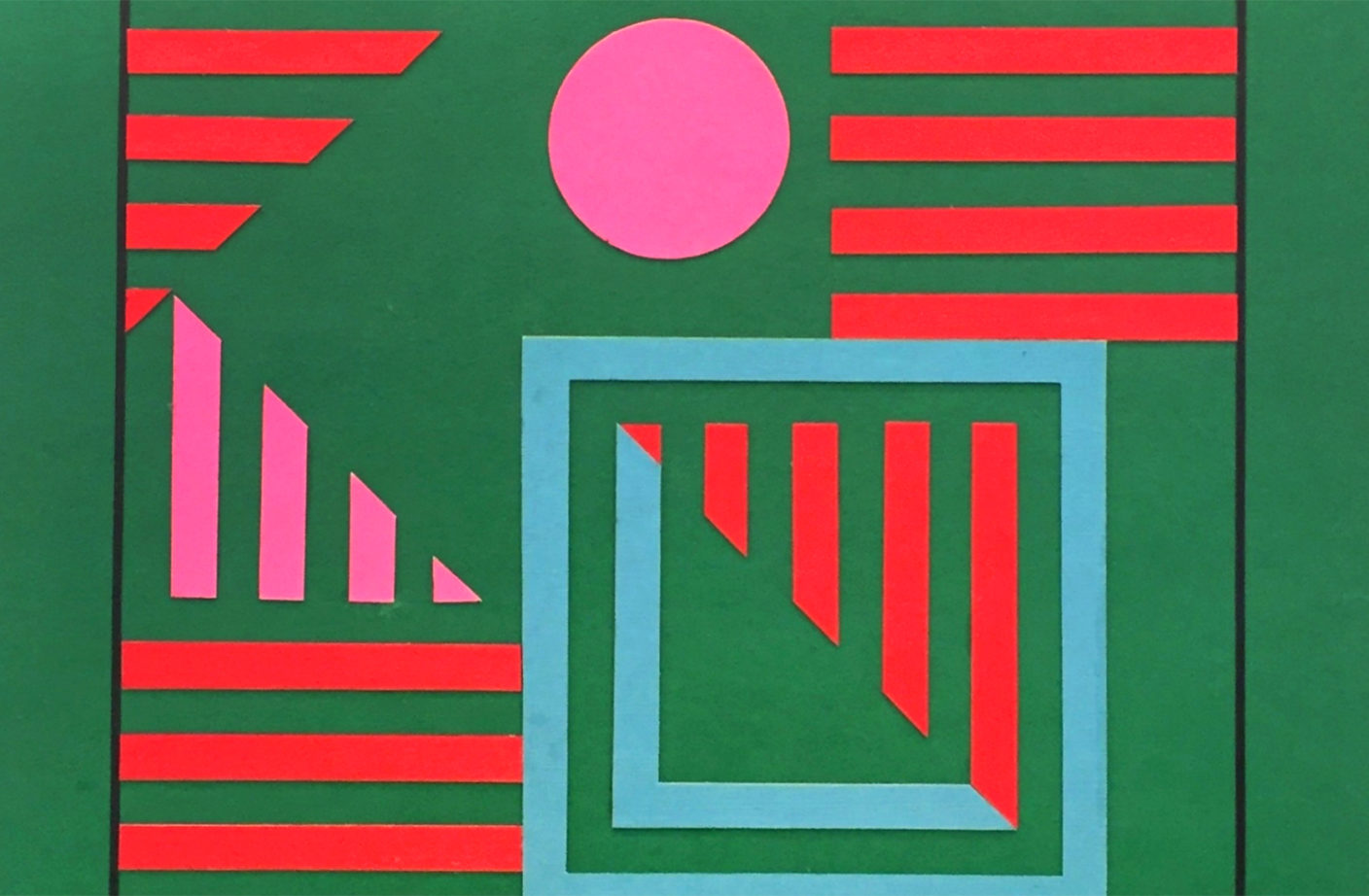 The works presented in this exhibition are a small fragment of Falves Silva’s vast, complex and intense production. With a strong narrative tendency, either with geometric shapes or with appropriate images and texts of the most varied types of print, Falves Silva begins his trajectory fully integrated with the innovations of culture and mass communication of the 1960s: press, cinema, TV, comics, being these substrates for their production. By manipulating elements and images from the history of art and mass communication, the artist produces books by artists, visual poetry, postcards, drawings, diversifying the approach and treatment of the materials he chose.

More specifically, if we wanted to trace a genealogy, Falves Silva’s production could be thought of as a convergence of two of the main axes of Brazilian art: concrete movements and conceptual art.

On the one hand, his production is, even today, in intense dialogue with an idea of ​​Brazilian modernity expressed in the proposals of concrete, neo-concrete and Poema/Processo — from Oswald de Andrade to Décio Pignatari and the Campos brothers, by Wlademir Dias-Pino, Álvaro de Sá to Moacy Cirne. It should be noted that the artist not only participated in the inaugural exhibition of Poema/Processo (1967) but also engaged in an intense dialogue with Moacy Cirne, Wlademir Dias-Pino and Álvaro de Sá.

On the other hand, his production is undeniably linked to contemporary art, specifically because of its link to conceptual art. His active role in the international network of postal art in the 1960s and 1970s enabled not only the repositioning and insertion of his production in a decentralized and simultaneous vanguard, but also the creation of alternatives to the institutional space and an intense and fruitful dialogue with artists from different generations and nationalities, including Jota Medeiros, Ivald Granato, Leonhard Frank Duch, Paulo Bruscky, Hudinilson Jr, Clemente Padín, Edgardo Antonio Vigo, Ulises Carrión and Horácio Zabala.

Typographer and graphic artist since adolescence, very early on he starts an intimacy with paper, chosen as the only material with which he produces his drawings, poems and collages, converting this element into a kind of presence and identity of his own creativity.

The “Sinais” series, composed of more than 40 visual poems, while evoking collage as a latent issue in its production, due to its emphasis on geometric shapes and narratives, echoes the dialogue with concrete movement and the process poem. In it, we identify a recurring vocabulary in the artist’s production: the square, the circle, the line and the triangle. Based on these four basic elements, Falves Silva surprises with a combinatorial logic marked by the dynamism of shapes and colors, culminating in visual poems that simultaneously provide multiple and infinite possibilities for arrangements without losing the unity of the whole. With a constructivist background, the geometric shapes and patterns reorganized and recombined in different colors, give rise to a multiplicity of visual poems in which a logic is perceived that, on the one hand, is visibly tributary of our constructive tradition, at the same time updating it with solutions Peculiar formalities. This ability points to the artist’s own trajectory, marked by an incessant updating, reinvention and reconstruction of a poetic project that never loses its coherence.