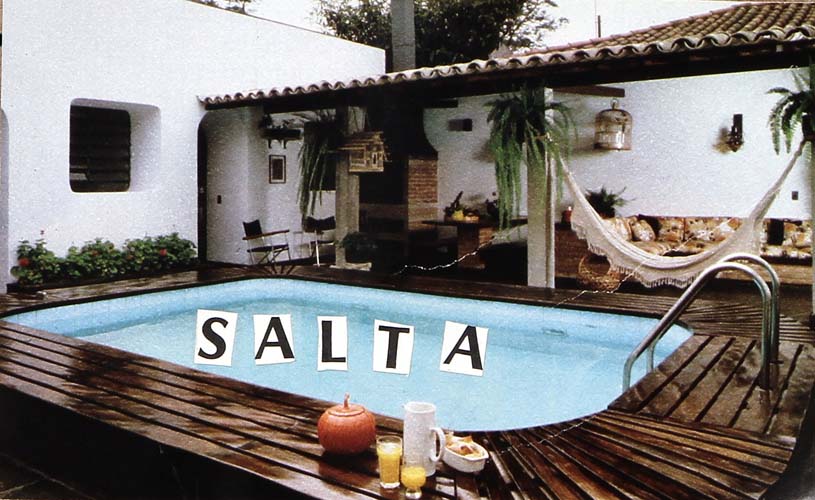 Maps are referential axes in the work of Guga Szabzon (São Paulo, 1987). Whether deconstructing them to rebuild them, or creating maps that did not exist before: the mapped space is the starting or ending point. Its supports are atlas pages mined in used bookstores, from which the artist cuts the names, or on which she paints a new map. In the series of “imagined landscapes”, the instrument for drawing is the sewing machine, which traces places whose only referentiality is geographic coordinates. A map is the representation in which the world is organized, having among its functions delimiting borders or demarcating paths (let’s think of a migration map); a map that is not an abstraction or a representation, but a full-size trail. In collages, the inversion of the word ATLAS becomes SALTA, and overlaps everyday images found in books and magazines. In this unprecedented series of collages, the artist’s personal stories appear in a poetic way translated into images, making the relationship between art and life explicit. 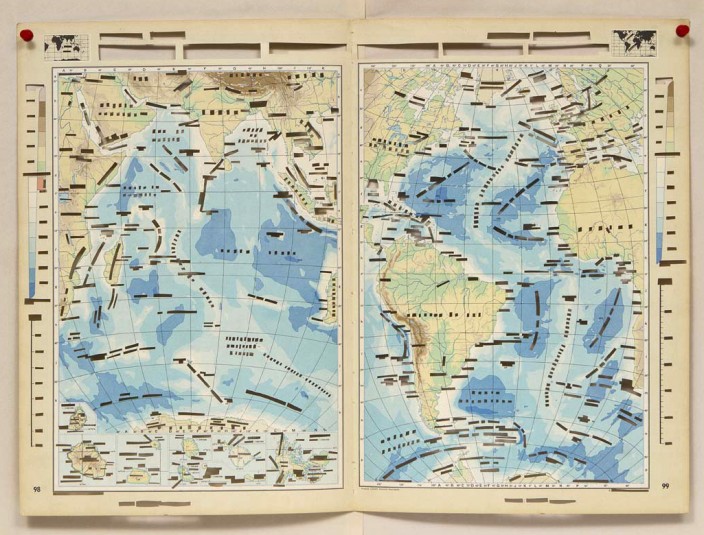 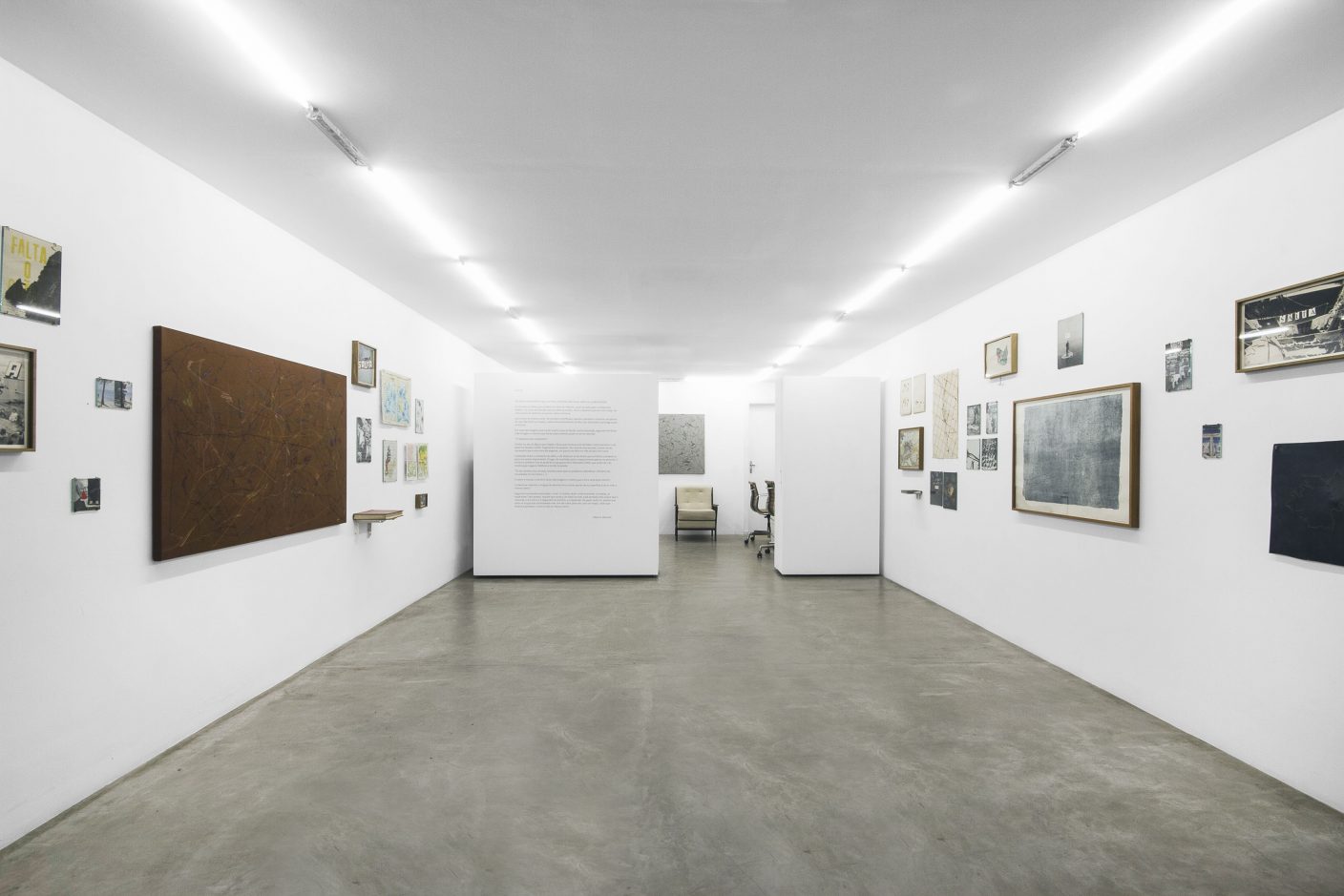 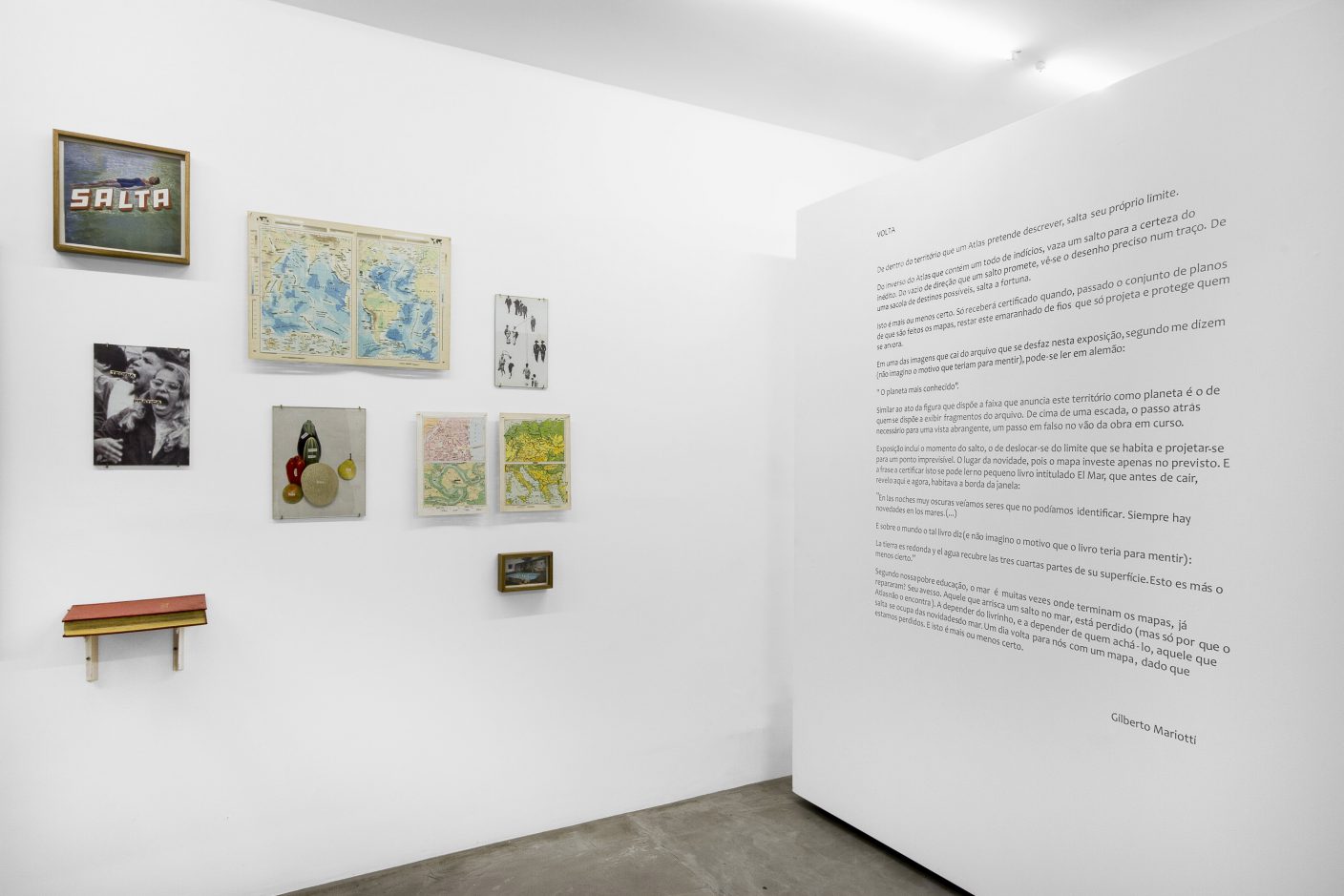 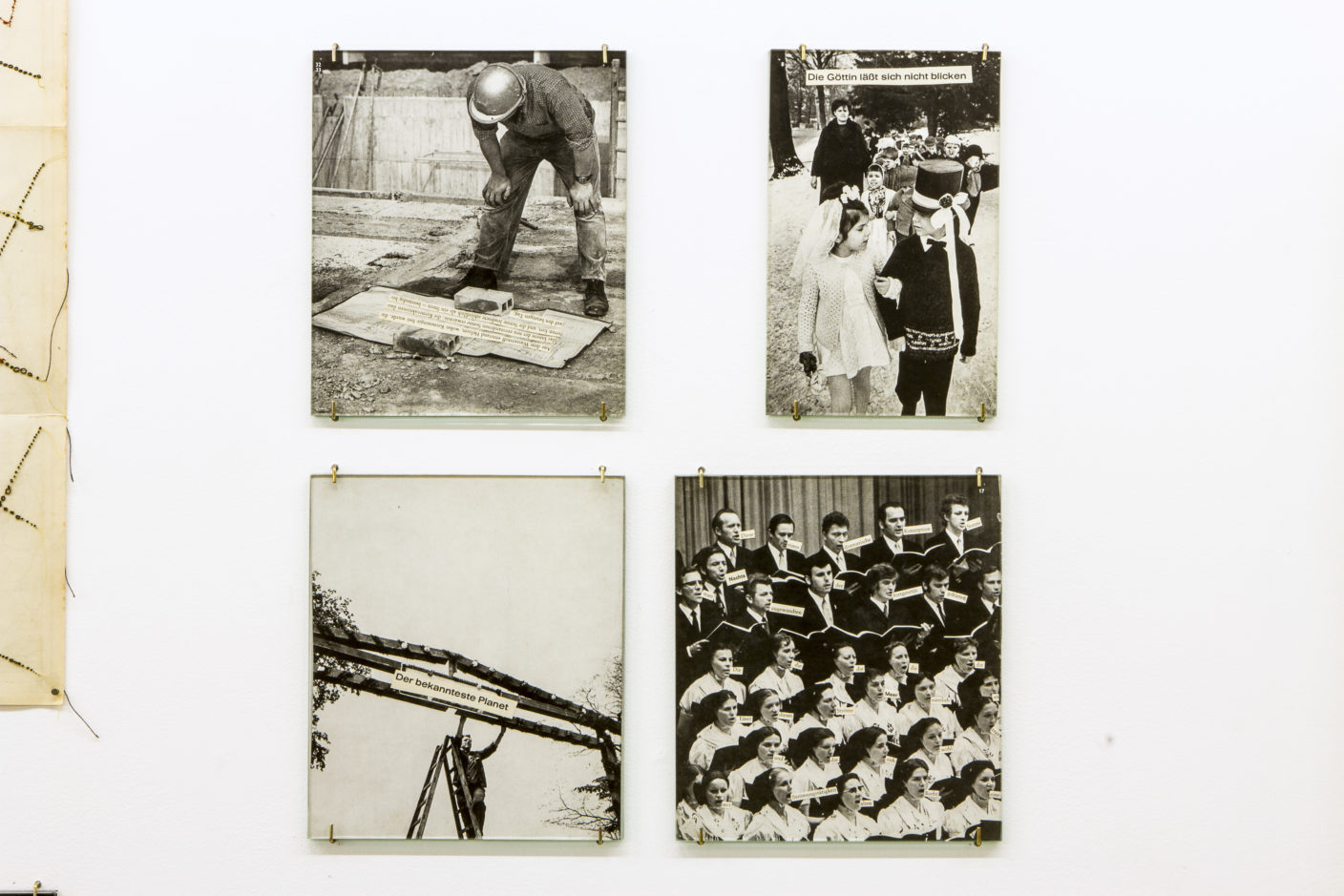 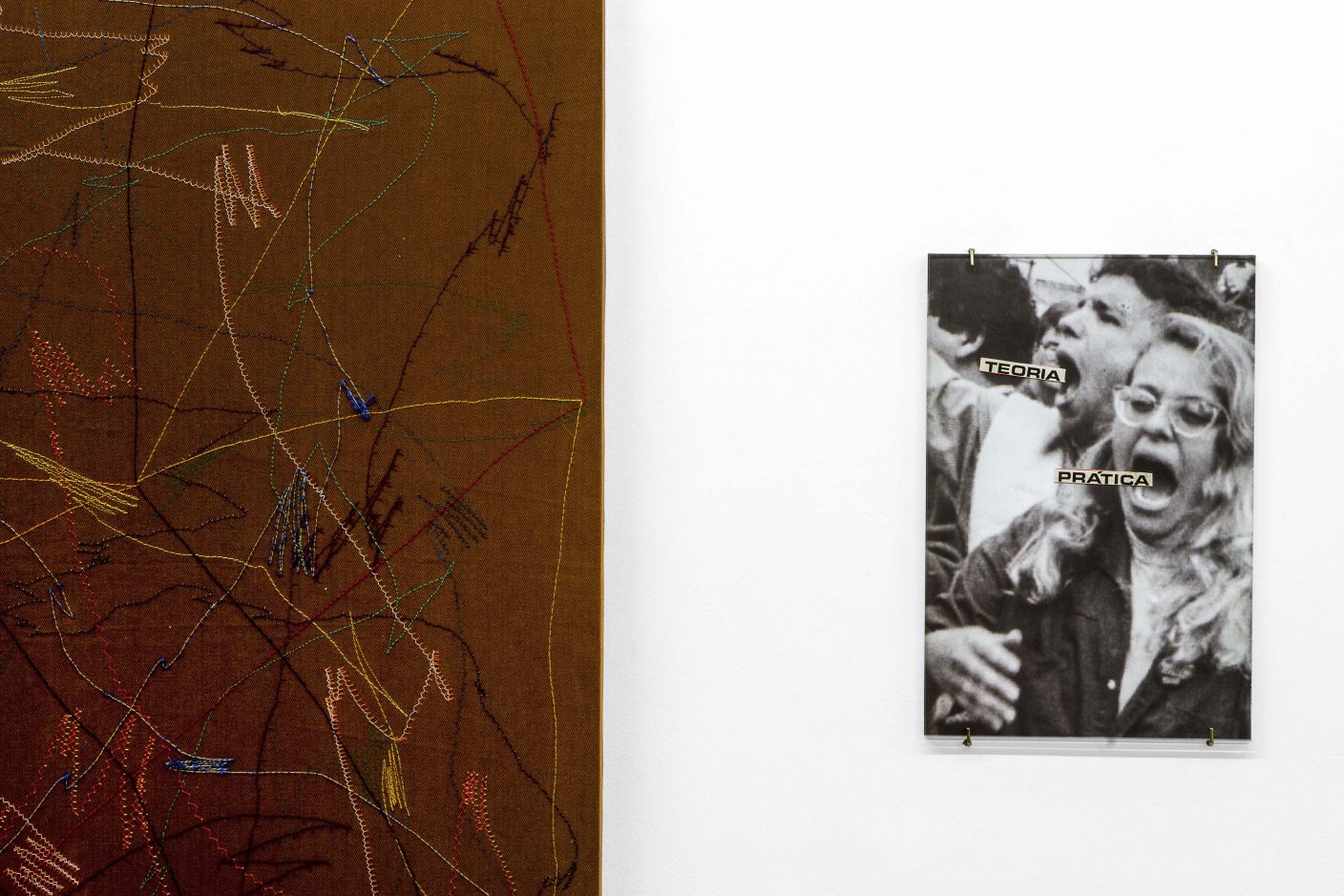