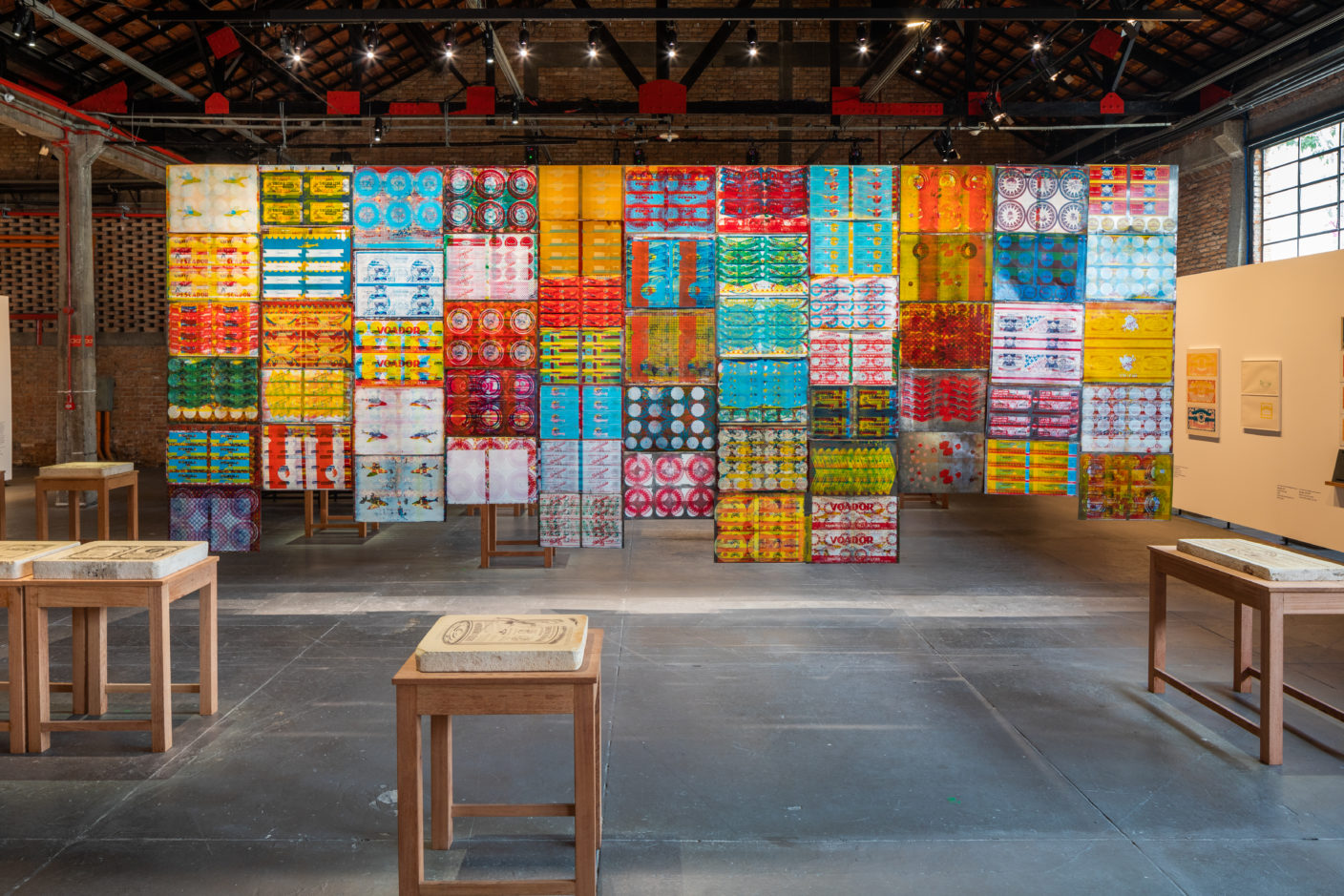 Curated by Marcelo Drummond, the “Fabricação Própria” exhibition brings to Sesc Pompeia warehouse the comprehensive and diverse artistic production undertaken by Lotus Lobo. With historic and unpublished works, produced in different media, materials and new forms of editing and printing, the exhibition covers the 60 years of the artist’s production, which encompasses her collection, as well as ways of thinking about the politics of images in the contemporary world.

The curatorial cut of “Fabricação Própria” highlights Lotus’ experience in relation to its collection and aims to give visibility and access to the artist’s production, demonstrating her relationship with art and her performance history from the 1960s to her current productions.

Born in Belo Horizonte, Lotus came into contact, in 1969, with the production of tinplate packaging at Estamparia Juiz de Fora (MG), where she collected dies from the first decades of the 20th century, and, from then on, by Through the appropriation and manipulation of images, he produced works that reveal the creative character of the factory environments, inviting the public to also experiment with new reading possibilities.

The gathering and displacement of these objects are ways of giving visibility to their composition, evidencing authorship, regional specificities and temporalities. It is precisely from a proposal to interrupt and invert the usual life cycle of such items that Lotus Lobo’s artistic and research work is constituted. The exhibition brings together, for the first time, almost the entirety of the set of Maculaturas, printing plates from Estamparia Juiz de Fora (MG), by Lotus appropriated as works from 1970 onwards, this time mounted in the form of a large suspended plane in the exhibition space. Important works by the artist are revisited, such as the case of Água Limpa, an unprecedented work that takes up the litho-objects awarded in 1969 at the X Bienal de São Paulo. Another important remission is the also unpublished Albor, in which he recalls a remarkable work from the year 1970: a reel of paper attached to the wall from which spectators could highlight and take home lithographed fragments.

“Fabricação Própria” is on view at Sesc Pompeia until January 30th, 2022 and can be visited by appointment through the website sescsp.org.br/pompeia or at the Credencial Sesc SP app.